Why I Love Guns 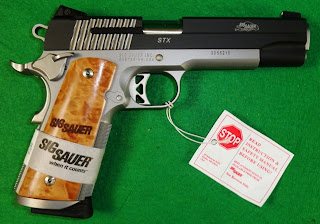 I realize that lately it seems the majority of my posts have been my "Girls with Guns" photos galleries, and well, that's true. I figured after my two weeks away on emergency leave, I ought to get back to adding some posts with a little substance and what better way to start than with a lovely post about why I love guns?

For starters, it's just plain fun to shoot guns. I'm not a hunter and have no desire to ever shoot a gun at a living creature, except for maybe an ugly, unfriendly varmint or big snake. I simply enjoy the singularly unique experience of shooting all types of guns in the safe confines of a shooting range. There's something about the experience a whole, from loading up my range bag to the smell of gun powder in the air, it's really quite addictive. I won't say that shooting is my only vice, but it sure is my favorite.

There's a sort of kinship, a built-in rapport at the range between shooters, a camaraderie if you will. It's not unusual for shooters to invite someone they've just met for the first time, to shoot some of their guns and the gesture is usually reciprocated. I like spending a day at the range, it's a fun way to waste the day away in gunfire bliss.

As for personal and home defense, let me just say, that I'm not paranoid by any stretch of the imagination, but it's a sobering reality that the world has plenty of criminals who have bad intentions. Just look at this recent story of an attempted home invasion near my current hometown...

And another similar story which took place in my current home state... Click Here.

And there are countless other stories of robberies, kidnappings, rape etc. I love that I have the right to defend my life and property with a firearm. I hope I'll never have to, but thank god we live in a country that gives us the right to do so should the need ever arise.

I am grateful to live in a state which makes it extremely convenient to obtain a concealed carry permit. Thank you Washington (and thank god I don't live in Washington DC!). All I had to do was take a copy of my orders down to city hall, fill out the application, pay the reasonable fee of 55 dollars, have my fingerprints taken and that's it! I got my permit in the mail a couple weeks later, it was even laminated!

I almost always carry a concealed handgun when I go out. I love that I have the right to do that.

I also appreciate guns as mechanical works of art. Take that Sig Sauer STX 1911 in .45 ACP pictured at the top of this posting. That is one beautiful hand gun. I've become an amateur collector of curios and relic rifles from the World War II era, specifically Mausers and Mosin Nagants and boy are those beautiful works of art as well.

As further proof of how much I love guns, just look at the following series of photos, take note at the big, shit-eating-grin smile on my face in each of the pictures... 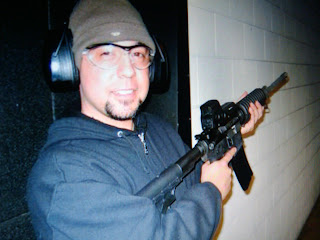 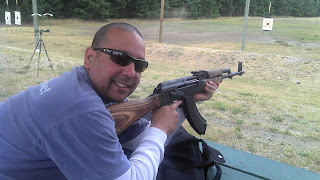 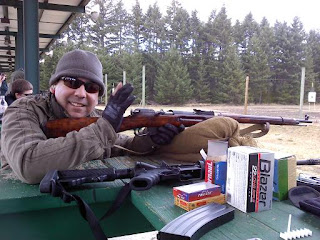 I submit to you a few photos of firearms from my personal collection, each one a master piece of mechanical design. 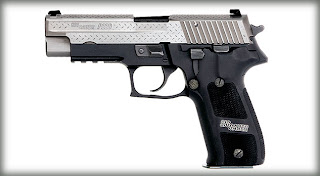 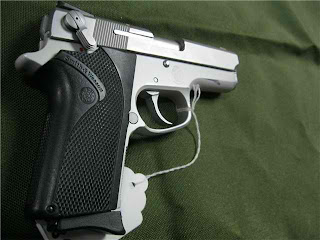 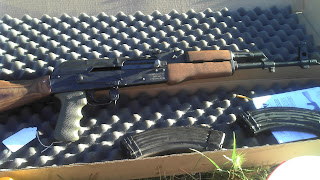 Yugo Mauser 24/47 8mm
It's hard to believe that just 7 years ago I didn't own a single gun, then I moved to Arizona and that changed everything. Look at me now, 17 guns later, and I'm loving every minute of it!
Posted by FelixGPhoto at 9:30 AM