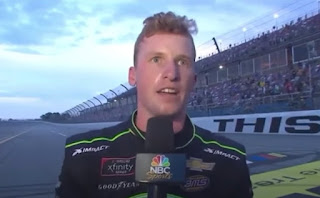 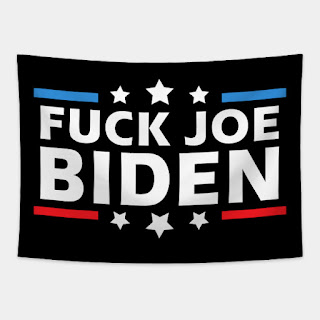 Since I snagged this image from a T Shirt web site, it's only fair to drop their link so you can buy one
The 25mg of Tramadol has just started to kick in (I break the 50mg in half, it's all I need to get me through the day), day 9 of being in isolation at the Camp Humphreys COVID barracks seems like a perfectly good time to finally do something moderately productive, arguably productive. And something that's been on my mind since the "Let's Go Brandon" movement has embedded itself in viral pop culture.
Personally, I much prefer to drop the whole "Let's Go Brandon" thing and stick with the much more direct and clear communication of the original "Fuck Joe Biden". Why? Ok, keep reading and I'll tell you (basic writing 101, tell them what you are going to tell them).
"Fuck Joe Biden" rolls off the tongue doesn't it? It's as if the name Joe Biden was destined to be forever prefaced with the word fuck from the moment he entered politics. This fucking guy. I think using, writing, saying the phrase "Fuck Joe Biden" has the desired impact. The meaning cuts through clearly and without ambiguity. It is a fine example of the reason for the existence of the First Amendment. Trying saying "Fuck Kim Jong Un" out loud in the middle of a public square in Pyongyang, see how long you last.
I get it, I understand that "Let's Go Brandon" refers to that knucklehead female reporter trying to deflect from the crowd clearly chanting "Fuck Joe Biden". I mean, it is possible that she thought they were chanting "Let's Go Brandon", after all she was interviewing a dude named Brandon. I listened to that interview a few times and it's really difficult for me to imagine how anyone could be mistaken about the three word chant, "Fuck Joe Biden".
I understand that a vast number of Americans made the connection between the deflection of that reporter and the modern epidemic of bad, left-wing "journalism" (I cringe to even call it journalism, which is my reason for putting it in quotes). And in a way, it's great that "Let's Go Brandon" has caught on, but...
I saw a "Let's Go Brandon" T-Shirt that the Hodgetwins are selling, it's a basic design and I hope they sell a shit ton of them, but what caught my attention was the acronym "FJB" printed just below the large, main "Let's Go Brandon" logo. And I started noticing that "FJB" acronym being added to other "Let's Go Brandon" merch and the hashtag #FJB. Which begs the question: Is it common knowledge that when people use the phrase "Let's Go Brandon" what they are really saying is "Fuck Joe Biden" but in pop culture code?
Saying, printing, publishing, holding up a homemade sign on your local street corner that says "Fuck Joe Biden" is not illegal. It has long been established, at the Supreme Court, that political speech, using course language, is protected under the First Amendment. I think it's chicken shit to use alternate symbols to change the phrase (and other similar phrases) like "Fuck Joe Biden" to something like "F&*K Joe Biden". Why? The word fuck is just a word, just like any other word. Stop it. But what about the children? Fuck the children too, they gotta grow up some time. How about you be a good parent and talk to them about the why and not coddle them in much the same way the Government and the media pander and coddle the general public.
People of America, don't be afraid. I really believe that at the root of this "Let's Go Brandon" phenomenon is fear of the government. A good percentage of the people that really want to say "Fuck Joe Biden" feel safer using "Let's Go Brandon". They know what it really means and it probably feels good to be able to express themselves. But how much better would it feel to say what you really WANT to say? Go ahead, say it, print it, type it, publish it... "FUCK JOE BIDEN".
Posted by FelixGPhoto at 3:40 PM No comments: