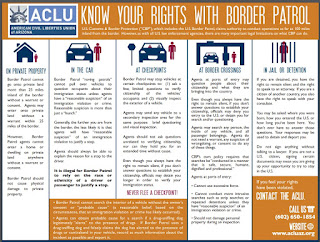 A good friend of mine called me up yesterday afternoon wanting to know if I would like gas up my Jeep and follow him (in his Jeep) for a little off-roading and landscape photography West of El Paso in the area of the Portrillo Mountains, on public land (Bureau of Land Management area), the mountains themselves are part of the Organ Mountains Desert Peaks National Monument. It's a beautiful area of open ranges and desert scrub brush on which cattle from local ranches graze lazily. There's also the Aden Lava Flow Wilderness Study Area just to the North with magnificent fields of lava rocks and dormant volcanoes which are a great place to hike and take in the sunset.

I drive out to this area with great frequency (I've been out there 3 times in the past week). During dove season we like to go out around sunset to the numerous watering holes and wait for the dove to come in (this was a bad year for dove, they must have migrated somewhere else), we go out to hunt jack rabbits, sometimes we (or I alone) go out just to enjoy the Jeep trails and I go out to do a little landscape photography. All of these activities are conducted on public lands and county dirt roads.

Back to yesterday, we had decided to make the big loop on the county roads starting on the East side of the Portrillo Mountains, travel North, make the turn on NM CR A006, head West and then back South ending up on New Mexico State Hwy. 9, which skirts the border and takes us back East into Santa Teresa and the El Paso area.

We enjoyed a fabulous afternoon, stopping on occasion to snap a few photos (see below), but for the most part, just enjoying the drive along the county roads, kicking up a littler dirt and whatnot. The sun had only just set and we began our egress from the dirt roads and made the turn back onto State Hwy. 9 when...

We were traveling East, having just made the left hand turn onto the Hwy. when I noticed a Border Patrol truck towing an ATV coming in the opposite direction. He passed us and immediately made a u-turn and got behind me, which placed his truck between my Jeep and my friends who was maybe 75 yards behind. He hit his lights and I pulled over, both Border Patrol agents exited their truck with one approaching my drivers side window and the other using his flash light to wave down my friends Jeep.

The agents were both bearded and scruffy looking, my guess is that they must have been out on their ATV that day as the agent who came to my window was wearing a neck gator or shemagh of some kind.

The agent replied "good thanks. The reason I pulled you over is that I saw you coming out of there and I was just curious what you were doing."

Now when he said "coming out of there" I can only assume he meant coming out of the Portrillo Mountain area on the county road, because that's where he saw my Jeep turning back onto Hwy. 9. But I'm not sure why that would raise any suspicion because it's just a public road, coming from public land and I turned back onto another public Hwy.

I told them that I live nearby and that I come out to the area frequently to enjoy the public land and with that he seemed satisfied. But herein lies the problem. The "roving patrols" that the Border Patrol conduct do not given them the authority to pull you over simply out of curiosity. Especially considering that although the area I'm describing is near the international border, the lands and roads are all public. Therefore, the act of pulling me and my friend over was a violation of our 4th Amendment rights and it falls outside of the scope of their authority.

They are authorized to pull you over if they have a reasonable suspicion of a crime or an immigration violation. But this was certainly not the case given that the agent stated to me that he was curious about why I was coming from the Portrillo Mountains area (public land).

He mentioned something about there being a lot of traffic in that area before telling me to have a nice day but again, I don't see how that justifies them pulling us over.

I am not one of those people who video tape and challenge police and/or border patrol and upload those videos to the internet (not yet). I like to lead a low stress life and confronting the border patrol for violating my rights is not tops on my list of importance at the moment. I'm an active-duty soldier and need my paycheck, so I can't afford to end up in jail regardless of whether I am right or wrong. I do however, support and sympathize with the people that do challenge authority. Because after all, police and border patrol violate peoples civil rights all the time.

I should not have to explain to the border patrol why I am spending my afternoon enjoying public lands and driving on public roads, having to is a clear example of a police state. I understand the border patrol have a job to do, but does that job include pulling over cars just because they're curious as to why someone is driving on public roads, coming from public lands? Certainly not.

Had I had the wherewithal to get the agents name and badge number, I might have made a phone call to the ACLU of New Mexico. Not to be a dickhead, but damn, that did not feel like freedom and liberty to me.

Oh, here's one of the pictures I took yesterday... 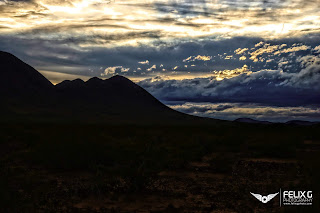 Posted by FelixGPhoto at 11:56 AM No comments: