Treated Myself to a New (used) Camera - Sony A35

I just purchased a new (used) camera on eBay. I sold my professional camera gear shortly after joining the army and had replaced my Nikon with an older model Sony A230 (10.2 mp) and was happy with the results given that I wasn't shooting professionally and I was primarily shooting for the web. However, I have had an itch to get back into shooting photos at a higher level and decided it was time. Being the frugal, cheap bastard that I am, I rarely buy anything new. The logic is that if you purchase used and purchase last generation, you can save a bundle of money yet still get a solid product. And that theory holds true, especially when it comes to things like digital cameras.

The Sony A35 is a generation old and has been replaced by the A58, however, with the exception of the tilt-able LCD screen, the two are virtually identical. By buying used on eBay you can save a pretty penny. For example: a brand new A58 sells for $549. I purchased my A35 for $299.

The A35 is an entry-level pro-sumer digital SLR but from my experience, you can hardly tell the difference in picture quality between a camera like the A35 and cameras costing 4 times as much. The A35 also shoots full HD videos. I already have a Sony HD handycam, however, the difference is in the lenses. The Sony handycam, although HD, will always look like a handheld camera shot the footage. But with the A35, you get more depth for a more cinematic look to your videos. I look forward to getting receiving it sometime in August and I'll be sure to post some photos and videos!

Just take a look at the videos below to get an idea of its capabilities. 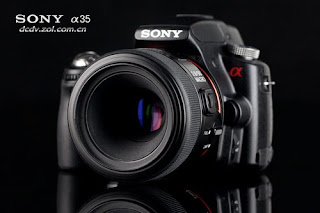 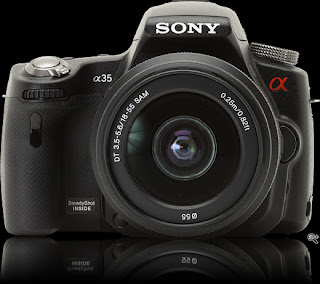 I
Posted by FelixGPhoto at 7:18 PM

Email ThisBlogThis!Share to TwitterShare to FacebookShare to Pinterest
Labels: a35, digital slr, sony